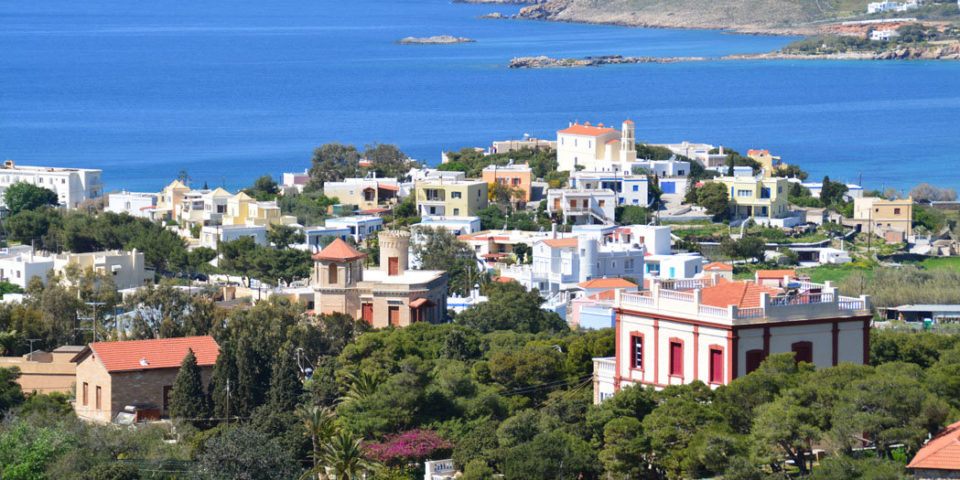 Posidonia (Ntellagkratsia) has always been the favorite resort of the locals. It has been described as the “Kifisia” of Syros fairly as it is presenting several similarities with the exclusive suburb of Athens. You can visit the area by rental car or your private car. It is at a distance of 12km from Hermoupolis and covers the metropolitan area of Foinikas Bay.

The first name is derived from the ancient Poseidonia who was allegedly situated there (dedicated to the god Neptune), while the second comes from the small Catholic church of Mary Della Grazia (Our Lady of Grace). Ancient findings indicate that the area had thrived during the Roman period.

Admirable is the truly unique architecture of the holiday villas, towers and large gardens with pine and palm trees. The locals built their mansions between 1850 and 1880 on either side of the main road through the village and they were even planning to unite it by rail with Hermoupolis! It is also worth visiting the Club Posidonia, the Catholic Seminary, the orthodox Church of St. John the Baptist and the new Town Hall (former mansion Tsiropina and last owner Mr Daskos).

On the beach of the settlement during the spring, there has been observed the appearance of the Mediterranean Monk Seal. The beach is organized with umbrellas and you can enjoy selective delicacies in the taverns.

The best beach on the island! It is situated at the heart of a bay overlooking the two islets Schinonissi and Stroggylo to the southeast coast and the cape Viglostasi with the lighthouse. A large organized beach with trees, umbrellas, water sports and restaurants.

The paved road will lead you to Komito at a distance of about 1 km south of Agathopes. It is much quieter beach than Agathopes, but has equally fine sands, with several trees. Young people prefer it because of the good beach bar, which is the only building on the beach.

There are no tourists who may not have attended the traditional gathering of trawl every July in Posidonia, accompanied by a wild party on the beach of Agathopes.