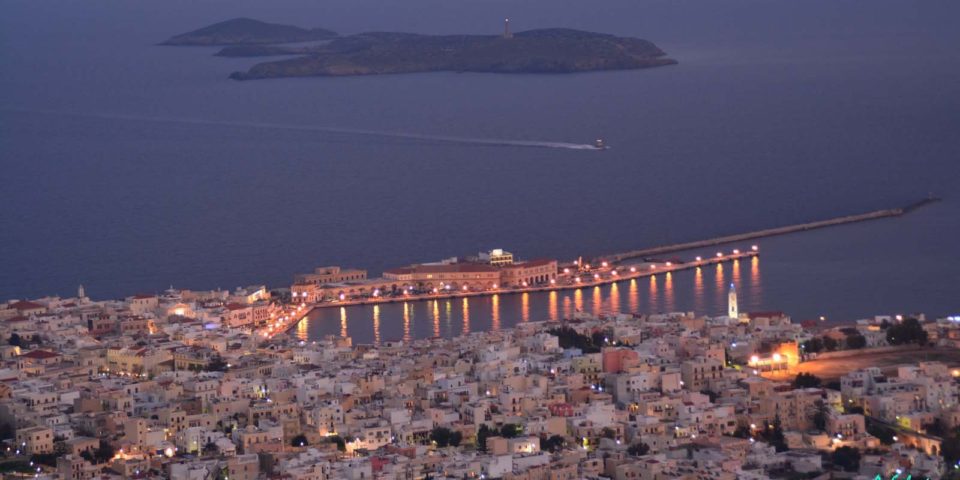 The office is located on the east side of the port of Syros in the “islet”. The building actually housed the offices and warehouse of transit. It was designed by Al. Georgantas and built within three years from 1859 to 1861. A part of it was destroyed by bombing, during the war and then restored, following the original plan. Next to it are the transit warehouses, which were built in 1834-1839 on German architects’ plans. This building, along with the lighthouse at the port of Syros and the Quarantine, is one of the first public buildings of Modern Greece. Its length is 125 meters with two wings, where in each are seven warehouses. The barges were going beside the building from the sea and unloaded directly to the arcade. Since the interwar period, the stores have ceased to perform their original purpose and in 1994 the South Wing Gallery was created in four of the warehouses. The buildings also house today the Naval Group of Syros and the Port Authority.